How we use MobX to solve our frontend application state problems 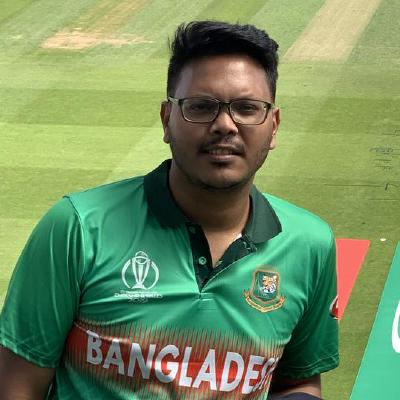 What library did we use before?

We initially used our in-house developed state management tool, which I will refer to as Goggle Store in this whole article. Goggle Store follows object oriented style, where you need to create state entity and state entities have a flat structure. And the store implementation was type-safe.

What problems did we face with Goggle Store?

After having all those issues above, we finally decided to move from Goggle store to another store library, which should solve the above problems and make our life easier.

We did some R&D with two state management libraries named Redux and MobX. With Redux, we couldn’t have an object oriented structure: it seems best practice for Redux is to have flat store structure. Another thing about Redux is that it requires lots of boilerplate code to work with React, which seems annoying. And last but not least, we couldn’t find a solution to our caching and state dependency problem with Redux.

As a result, we decided on using MobX for our application because of its derivation feature, such as computed values and reactions. Also with MobX we can follow object oriented paradigm and it requires less boilerplate code to work with React. We turned on enforceActions flag so that one can mutate state only inside an action. We have turned mobx-logger on so that one can see how state changes. But MobX didn’t solve our caching and state dependency enforcement issue. To solve those issues we have introduced a state dependency tree.

We grouped our state entities in a store, and created a dependency tree. Our entity structure with Goggle Store (simplified) is like this:

We converted the state like a tree on MobX below: 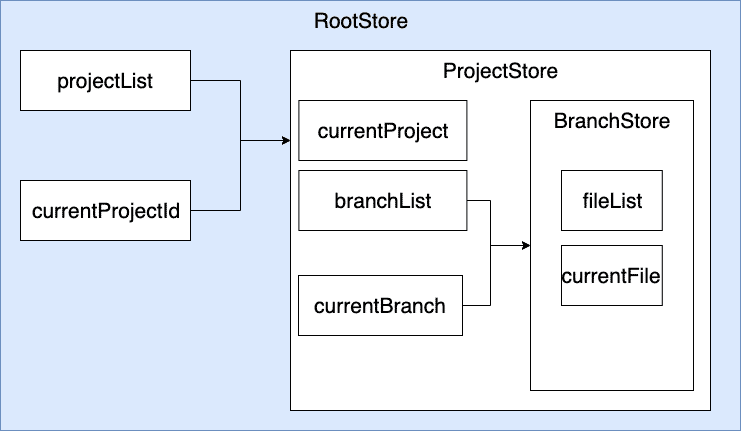 We have utilized the computed value feature to add state dependency. So the developer doesn’t need to know which state entity they need to change. And as we have grouped entities together in a domain based store object, we can now cache the states for which we are using ES6 map, please take a look at line 46-57 for further understanding.

In software development world, no library is good at everything, which is also true for MobX. For example: its documentation, dev-tools are not rich like Redux but so far it is solving our problems. Many people don’t know about MobX as Redux is quite popular in react world. But I think, MobX can also be a great state management solution for many react developers.